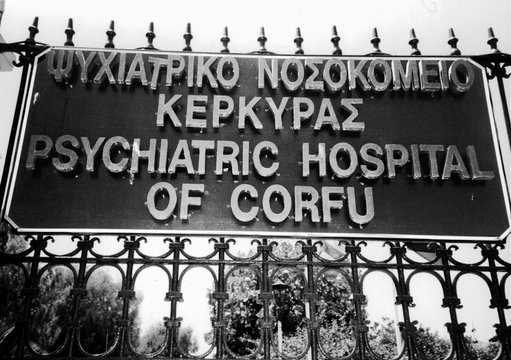 Often it is necessary to admit psychotic patients for treatment at a local psychiatric hospital before they can be repratiated by air.

In the case of a mentally frail person, an overseas journey and confrontation with another culture is often enough to precipitate a depression, a mania, or other psychotic episode. Many of these patients are unable to look after themselves and, as a consequence, are admitted to psychiatric departments or hospitals at the location where trauma occurs. Where an aggressive or agitated patient is involved, he or she may have to remain hospitalised while undergoing psychopharmacologic drug treatment.

In some countries, the standards of psychiatric care are deficient, and the treating physician will often admit the psychiatric patient to a general ward. Here, expertise in the field of psychiatric treatment is often limited. Language difficulties will make it even harder for the relevant physician to evaluate the patient’s condition and to decide when he or she is able to travel home. In these cases, there should be no hesitation in sending out a physician who is able to evaluate the patient’s condition, and, if necessary, alter medication and thereafter accompany the patient home when he or she is capable of undertaking the journey.

If a patient suffering a mental disorder is to be transported by scheduled or charter flight, it is an absolute requiremen. that the patient be calm, co-operative, and that he or she does not disturb the other passengers. Most airline-companies have an apprehensive attitude towards patients with psychiatric disorders and thus demand that the patient is escorted by a medical professional, and on longer flights by two medical escorts. Normally this will be a doctor and a nurse.

Transportation can, in itself, be stressful for the mentally unstable patient. The airport waiting times, the large numbers of people surrounding the patient, together with the often-cramped cabin conditions can all lead to a sensation of being trapped.

It is therefore important that such transportation be planned so that it involves the shortest possible waiting times and the fewest possible aircraft changes.

It can be advantageous to transport patients with mental disorders by business class, both because conditions in this cabin are calmer and because business class passengers have access to a quiet lounge at the airport.

In rare cases, repatriation of psychiatric patients may have to be carried out by air ambulance. As a rule, this will involve patients who, despite receiving medication, continue to be agitated and aggressive and who object to repatriation.

Patients with mild mental disturbances, for example, mildly depressive conditions, will often be able to travel unescorted or, perhaps, escorted by a close relative.

In the case of more severely disturbed mental patients, airlines require that they be escorted by a physician or a nurse. Because the undertaking of independent medical evaluations and the changing of medication are restricted to qualified physicians, such patients should be escorted by a physician. An experienced accompanying physician will often suffice, but especially where psychotic patients are concerned, a psychiatrist should be sent wherever possible.

Patients requiring constant supervision should have two escorts on long journeys, and it is then expedient that one of these be of the same sex as the patient in relation to assistance with lavatory visits, among other things.

In order to carry out successful transportation, it is important that the escorting physician or nurse be sent with plenty of time before repatriation, thereby enabling the escort to get to know the patient, win his or her confidence and, where necessary, alter medication.

Many depressive patients are unable to manage a journey home on their own and should therefore be escorted. If the patient is considered a danger to him- or herself, it is important to ensure that he or she can be kept under constant supervision during the whole journey, if necessary accompanied by two escorts.

As a rule, a patient with mania must be hospitalised and treated before he or she is calm enough to be repatriated. Generally, it is futile to send out an escort to try to persuade a manic patient to travel home. The patient should be suitably sedated as the actual journey can return him or her to an agitated and restless state.

Schizophrenic patients constitute an extremely mixed group, from mildly disturbed patients right up to severely hallucinating patients. If the patient’s condition worsens during his or her stay abroad, it will nearly always be necessary to admit the patient for treatment and stabilisation before transportation. After which, it is the patient’s condition at any particular moment that will be decisive in specifying the mode of transportation.

Patients with anxiety and attacks of panic disorder, especially if the attacks are new, should not fly untreated. Before flying it is recommended to admit such patients to hospital for treatment and stabilization with the administration of a proper dose of anxiolytic medicine. It is important not to let the patient fly until he or she is able to control the panic attacks. The uncontrolled behavior that a panic attack will cause in a flight cabin is of great inconvenience to other passengers and is quite unacceptable for the airline company.

When the patient is stabilized, he or she should be escorted by a physician that can calm the patient and if necessary supply the medication during the trip.

If the patient in spite of the medication is still unstable with risk of a panic attack, it can be an option to transport the patient heavily sedated on a stretcher with an intravenous admission. The patient should in this case be accompanied by a physician and a nurse who can take care of the medication and any respiratory problems that the sedation may cause.

Alcohol abuse while on holiday trips gives rise to many hospitals admissions, either for detoxification or for treatment of true delirium. Likewise, drug abuse causes admissions because of overdose, intoxication or drug psychosis.

Airlines will not accept intoxicated persons or persons under the influence of drugs who may disturb the other passengers. Consequently it may be necessary to escort this type of patient all the way from the hospital in order to ensure that he or she does not begin drinking alcohol or taking drugs, thereby causing problems during the flight.

Many people experience anxiety during air travel. This anxiety ranges from minor nervousness to outright panic, which will cause the person in question to avoid flying altogether. People who experience severe fear of flying will find themselves subject to various restraints, e.g. work related, as many jobs involve air travel.

Some psychologists specialise in the treatment of fear of flying and many people benefit from such treatment. Cases of minor anxiety may be alleviated by the administration of a mild anxiolytic before flying. In connection to this, alcohol cannot be recommended as a suitable remedy.

When a patient is to be transported by air, fear of flying is a complicating factor. In patients suffering mental illness, a fear of flying may aggravate the basic mental illness. It is important to be aware of the problem and to treat it medically and psychologically.

Air rage is a stress reaction in a person who is otherwise healthy. It is triggered by hours of commotion at the airport; long distances and lines at the airport; a lot of security checks; prohibition of smoking generally and during the flight; cramped conditions causing lack of mobility, hypoxia, dehydration, etc.  Besides rage and aggressiveness, sexual harassment and peculiar behaviour is also observed. During the past couple of years, air rage has become an increasing problem and, due to security reasons, the use of handcuffs in the form of plastic strips has become relevant during flights.