27. The History of Air Transportation of Patients 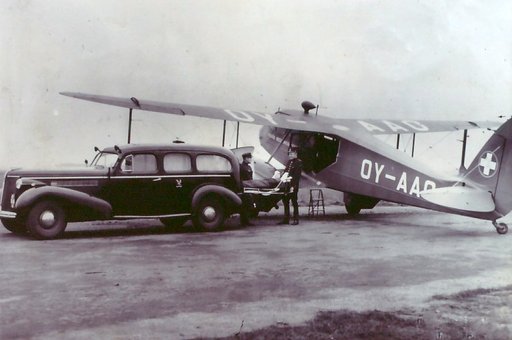 In 1939 the Zone-Redningskorps got its first real ambulance aircraft. It was a Monospar ambulance plane, which was able to fly 185 km/h.

The first evacuation of a patient by air was during the German siege of Paris in 1870 in a hot air balloon. In addition to being used as an observation balloon, the balloon was also used to evacuate patients. It is worth emphasising that the development of air evacuation operations took place in the context of military operations. Successive examples of medical air evacuations are due to U.S. engagements in Europe, Japan, Korea, and Vietnam, which resulted in the need to repatriate many wounded soldiers. In 1943, as many as 173.500 casualties were repatriated to the United States; in 1944, 545.000 were repatriated; and, by the end of the 2nd World War in 1945, 1 million repatriations were made by air. The number of deaths among the wounded soldiers during transportation decreased over the same period from 6 per 100.000 to 1.5 per 100.000.  An overall improvement in the number of deaths during transportation was observed from the 1st and 2nd World Wars to the wars in Korea and Vietnam. In addition to developing better evacuation systems, this was also due to improvements in traumatology intervention. The benefits of evacuation by air were obvious and, gradually, the success of military evacuations also inspired the development of civilian air evacuation systems.

In the second half of the year 1900, the civilian medical air evacuation of patients evolved from transportation by air taxi with space for a stretcher to well-equipped ambulance aircrafts. Competition in air evacuations became more intense, especially in the United States. Consequently, the Department of Defense issued a provision that military air evacuation systems could not be used in situations involving only civilians if a civilian company was able to execute the task equivalently well. This principle was later adopted in other Western countries, including Denmark.

A very special civil air evacuation system was developed early on in Australia, where the famous “Flying Doctors” could quickly get to casualties using fixed-wing aircrafts over long distances. If the patient’s circumstance in these operations required more attention, the patient could be air evacuated to a trauma centre. Even more challenging tasks are air evacuations in the Arctic and the Antarctic. Medical equipment and the training of physicians have over the years developed to a highly advanced level. Likewise, search and rescue services (SAR) with multi-crew sea helicopters have developed to the degree that they are able to operate in all weather conditions.

Almost exclusively, civilian companies carry out today’s air evacuation services and ambulance flight operations. Attached to this are specially-trained and multilingual staffs as well as a team of specialists trained in aviation medicine. Today, virtually all types of ill and injured patients can be air evacuated, provided that there is careful preparation and the right resources are used.